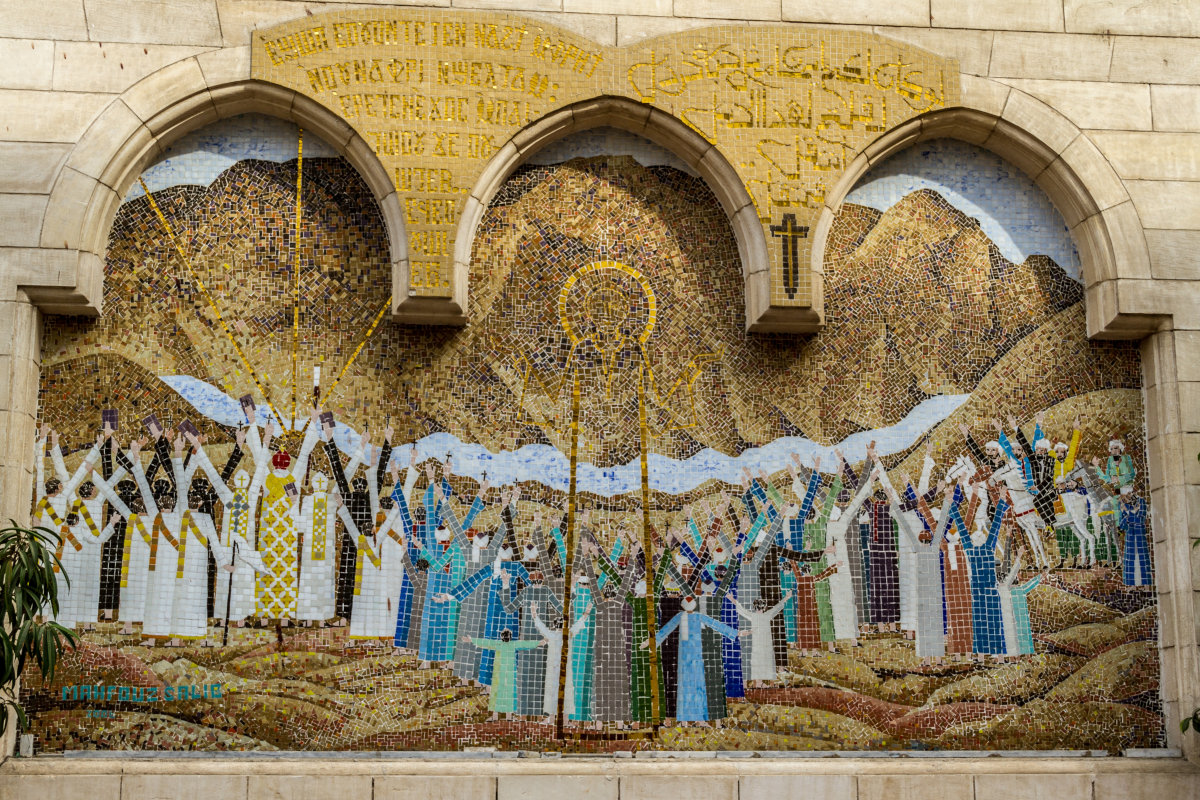 Mosaic mural in the entrance to The Hanging Church in Cairo, Egypt depicting the miracle at Mokattam.

God’s promise to His people is always fulfilled; He foretold that He would ride on a light and upon a swift cloud and come to Egypt (Isaiah 19:1); and in that day there will be an altar to the Lord in the midst of the land of Egypt, and a pillar to the Lord at its border (Isaiah 19:19). This promise was fulfilled by the flight of the Holy Family from the face of the tyrant Herod to find refuge among the Gentiles. Thus our Lord Jesus Christ came during His childhood to Egypt to lay by Himself the foundation stone of His Church in Egypt which has become one of the four primary “Sees” in the world, among the churches of Jerusalem, Antioch and Rome, and joined later by the “See” of Constantinople.

The star of the Egyptian Church shone through the School of Alexandria which taught Christendom the allegoric and spiritual methods in interpreting the Holy Scripture and was the leader in defending the Orthodox faith on an ecumenical level. 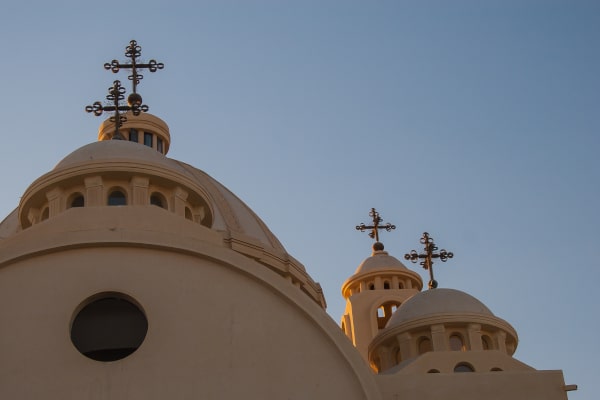 The Christian monastic movement in all its forms started in Egypt, attracting the heart of the Church towards the desert, to practice the angelic inner life. This happened at the time when the doors of the royal court had been opened to the clergy, and this consequently endangered the church, as the quiet and spiritual church work was mixed with the temporal authority and politics of the royal court.

The Egyptian Church carried our Lord Jesus Christ’s cross throughout generations, bearing sufferings even from the side of Christians themselves. She continued to offer a countless number of martyrs and confessors throughout ages. Sometimes the people of towns were martyred and many struggled to win the crowns of martyrdom happily and with a heart full of joy.

Our Church is ancient and new at the same time: ancient in being apostolic, founded by St. Mark the Evangelist and traditional in holding fast to the original apostolic faith without deviation. She is also new through her Living Messiah who never becomes old and through the Spirit of God who renews her youth (Psalm 103:5).

The Coptic Church is rich with her evangelistic and ascetic life, her genuine patriotic inheritance, her heavenly worship, her spiritual rituals, her effective and living hymns, her beautiful icons, etc. She attracts the heart towards heaven without ignoring actual daily life. We can say that she is an apostolic, contemporary church that carries life and thought to the contemporary man without deviation. One finds in her life, sweetness and power of Spirit, with appreciation to and sanctification of arts, literature and human culture. 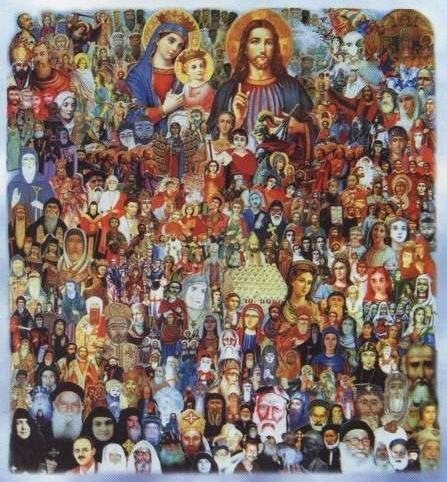 The Church is well known for her numerous saints: ascetics, clergymen and laymen. She offered many saints throughout ages and is still offering the same today. For she believes that practicing the sanctified life and communion with God, the Holy One, is prior to satisfying minds with solid mental studies.